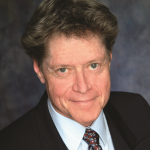 JAMES O’NEIL (Writer/Director) is Co-Founder and Artistic Director of Off-Broadway Across America, President and CEO of Rubicon Theatre Corporation and Co-Founder and Artistic Director Emeritus of the nationally acclaimed Rubicon Theatre Company in Ventura, California. Rubicon recently received the New York Drama Desk Award for the 59E59 Theatres run of The Best is Yet to Come: The Music of Cy Coleman, directed by David Zippel and starring David Burnham, Howard McGillin, Sally Mayes, Billy Stritch, Lillias White and Rachel York. In 2011, Jim accepted a special award from the L.A. Drama Critics Circle on behalf of Rubicon for “Sustained Excellence.” Under his leadership, Rubicon has won more than 20 L.A. Ovation Awards (including 2 for Best Production of a Play and 1 for Best World Premiere Musical); as well as multiple Garland and Indy Awards, and an NAACP Award for Jim’s direction of Driving Miss Daisy starring Michael Learned. Jim has received critical acclaim for many Rubicon productions, including A Streetcar Named Desire starring Linda Purl, The Glass Menagerie starring Susan Clark and The Night of the Iguana starring Stephanie Zimbalist and Efrem Zimbalist, Jr. (which he also directed for the Royal Manitoba Theatre Centre in Canada). He has helmed environmental productions of Man of La Mancha starring George Ball, Jamie Torcellini, Jennifer Shelton and Randall Keith; and Fiddler on the Roof starring Jay Brazeau and Eileen Barnett and featuring violin virtuoso Nuvi Mehta as The Fiddler (Indy Award). Rubicon was the youngest company ever to win the Ovation Award for Best Production of a Play for Jim’s revival of Arthur Miller’s All My Sons starring George Ball and Robin Pearson Rose. Other credits include Gem of the Ocean starring Lillias White, the World Premiere of The Spin Cycle by David Rambo, A Delicate Balance starring Granville Van Dusen, Robin Gammell, Bonnie Franklin and Amanda McBroom, The Diary of Anne Frank starring Lauren Patten, Bruce Weitz and Alison Brie (Indy Award), Jesus Christ Superstar starring Ted Neeley and Carl Anderson, Sylvia starring Kristie Lynes and Joe Spano, Love Letters starring Steve Allen and Jayne Meadows, Romeo and Juliet, The Lion in Winter, The Petrified Forest, Inherit the Wind; and regional premieres of A Coupla White Chicks Sitting Around Talking and The Mystery of Edwin Drood starring Barry Dennen. A graduate of California Institute of the Arts, Jim is the recipient of citations from the Ventura Education Partnership and the State of California on behalf of Rubicon’s Education Outreach Programs.

DAN WHEETMAN (Musical Director/Arranger) served as Musical Director for Back Home Again: A John Denver Holiday at Rubicon Theatre, for which he received an L.A. Ovation Award. Dan’s work includes Ain’t Nothin’ but the Blues (Tony Award nomination), Fire on the Mountain, Mama Hated Diesel and Lowdown Dirty Blues. He wrote the music for the stage version of The Cider House Rules and has received several L.A. Drama Critics’ Circle awards for musical direction. He’s been a hobo, a busker and a member of John Denver’s band. He worked as Steve Martin’s opening act, wrote a Christmas song for Kermit the Frog, and recorded a 78 rpm record with R. Crumb. Along with his theatre work, Dan also plays in the band Marley’s Ghost. 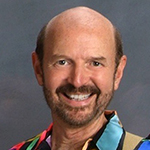 GEORGE GROVE (Orchestrator) has spent the last 38 years as the banjo player for The New Kingston Trio. When he was nine-years-old his sister bought him the Trio’s album “Live at the Hungry i.” He was instantly swept up in “Trio-mania,” teaching himself the exact vocal and instrumental parts of every song the group recorded. He formed folk groups in high school and college, was drafted into the Army after matriculation from Wake Forest University, and played trumpet and piano in the Army band. After spending several years in Nashville playing at Opryland and doing studio work, he answered the call of the wild (Bob Shane) to audition for the Trio. Two weeks later he joined the group in Chicago and the rest, as they say, is a resume. Highlights include playing with the Trio at Carnegie Hall and hearing his mom call out “that’s my boy!” from the back of the house, and earning a Master of Music degree in Jazz Composition from UNLV. “Singing Tom Dooley every night is not just the repletion of a song, but a devotion to a concept known as “The Kingston Trio.”

THOMAS S. GIAMARIO (Scenic and Lighting Designer) is the founder of Giatheatrics, a technical theatre support service providing professional assistance in design and execution to non-profit theatre companies. Within that organization and without, Tom has contributed to over 500 productions in over 40 venues from Santa Barbara to San Diego. His work spans 30 operas, corporate theatre, benefits, fashion shows, and a myriad of theatrical works. He has been the resident stage designer for the USC School of Opera, the Artistic Director of Downey Civic Light Opera, scenic design professor at L.A.C.C., and still drops everything to retain his seat on the judge’s panel for the English Speaking Union’s annual High School Shakespeare Contest. For Rubicon Theatre Company, Tom has provided over 50 designs; scenic, lighting, or both. Beginning with The Little Foxes fifteen years ago, his Rubicon highlights include The Rainmaker, Old Wicked Songs, Dancing at Lughnasa, Art, One Flew Over the Cuckoo’s Nest, Man of La Mancha, The Diary of Anne Frank, Hamlet, Bus Stop, She Loves Me, Who’s Afraid of Virginia Woolf?, Fiddler on the Roof, Trying, Crimes of the Heart, Steel Magnolias, Lonesome Traveler, The Mystery of Irma Vep, Gem of the Ocean and A Moon for the Misbegotten.  Tom lives blissfully ignorant of fame and fortune with his wife, a dog named Chester in a house in Beverlywood (his two grown daughters within driving distance), where he cleans his own pool, washes his own car, and collects fine Italian red wines.

JONATHAN BURKE (Sound Designer) has designed for Rubicon’s productions of Daddy Long Legs (L.A. Ovation Nomination), The Best is Yet to Come: The Music of Cy Coleman, Fiddler on the Roof, A Delicate Balance, Man of La Mancha and Our Town. He also designed the Off-Broadway production of The Best is Yet to Come: The Music of Cy Coleman at 59E59 Theatres. Regional credits include Heroes, You Can’t Take It With You, Cookin’ at the Cookery, He Hunts, The Weir (Geffen Playhouse), Avenue X, Beast on the Moon, If We Are Women, Jack and Jill and Molly Sweeney (City Theatre Company). Jonathan is Resident Sound Designer for Cabrillo Music Theatre, where he received Ovation nominations for Singin’ in the Rain and The Sound of Music, and has worked as an associate designer on productions for the Mark Taper Forum, L.A. Opera and the Hollywood Bowl. In addition to designing, Jonathan is Academic Coordinator and Lecturer for the Sound Design Program at UCLA’s School of Theatre and runs a recording studio in Sherman Oaks.

DAVE MICKEY (Multimedia Designer) has designed sound, video, interactive, and lighting for theatre productions at Off-Broadway’s Theatre Row, ICT (Resident Sound Designer), Laguna Playhouse, South Coast Repertory Theatre, the Chance Theatre, the Blank Theatre, Syzygy Theatre Group and Rubicon Theatre Company; and theme park show control (video) programming at Universal Studios Hollywood. Projects include MicePaceMaze at the Edinburgh Fringe Festival, the publication of iOS apps, and leading a workshop on Interactive Theatre for the Scenofest at the PQ11 in Prague. Dave was the 2007 winner of the Robert E. Cohen Sound Achievement Award, a national award in sound design sponsored by USITT, three Editor’s Choice Awards from the Maker Faire, as well as Honorable Mentions for the Garland Awards, Outstanding Achievements by StageSceneLA.com, and nominations for L.A. Weekly Theatre Awards. He holds an M.F.A. from California Institute of the Arts and is the Sound Design Professor for the Theatre and Dance Department at CSU Fullerton.

THERESA SCARANO (Prop Designer) is a native of Roswell, New Mexico and now lives in Ventura, CA. Her 25-year career spans theatre and dance in varying capacities, including scenic designer, tech director and prop designer. She has stage managed for several dance companies including California Ballet Company. She served as both Scenery Warehouse Manager and Prop Master at San Bernardino Civic Light Opera. Theresa worked as Director of Operations and Scenery Rental Manager of The Set Company. As the originator of a theatre program at Riverside County Juvenile Hall, Theresa served as writer and director for performances which included those for Juvenile Court Judges. She has worked with L. A.’s Reprise!, Ensemble Theatre Company, Cabrillo Music Theatre, Theatre 150, Opera Santa Barbara, The Welk Resort, CLO of South Bay Cities and Universal Studios Hollywood (Bill and Ted’s Excellent Halloween Adventure and Grinchmas). 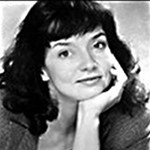 KARYL LYNN BURNS (Vice President, Rubicon Theatre Corporation/Lead Producer) co-founded Ventura, California’s Rubicon Theatre Company with husband James O’Neil and has been Producing Artistic Director for the company for 16 years. Last summer she accepted the New York Drama Desk Award for the Off-Broadway run of Rubicon’s production of The Best is Yet to Come: The Music of Cy Coleman (directed by David Zippel with a cast including Howard McGillin, Sally Mayes, Billy Stritch, and Lillias White). Under her direction, Rubicon received the Los Angeles Drama Critics’ Margaret Harford Special Award for Sustained Excellence, and multiple Ovation, NAACP and Indy Awards. Karyl Lynn has overseen more than 100 productions for the company and more than 20 World Premieres, including Daddy Long Legs by John Caird and Paul Gordon, which has toured 15 U.S. Cities and played internationally in Japan, Great Britain and Canada (with productions scheduled in Korea and Italy); Cheri Steinkellner’s Hello! My Baby; Lonesome Traveler; It’s Only Life by John Bucchino (directed by Daisy Prince); and My Antonia adapted and directed by Scott Schwartz with incidental music by Stephen Schwartz. Karyl Lynn also produced the West Coast BeckettFest, which brought artists from five countries to Ventura in a month-long celebration just prior to the Beckett Centennial. For over a decade prior to founding Rubicon, she was CEO of State of the Arts, an arts management and marketing firm. Karyl Lynn produced the 10th Annual “Cool Comedy, Hot Cuisine” starring Robin Williams, Howie Mandel and Bob Saget, and emceed by Bob Costas. For Capps for Congress, she managed a luncheon with First Lady Hillary Clinton as keynote speaker.

DAVID BRYANT (Co-Producer) is currently a General Partner on Little Miss Scrooge, a new Broadway bound holiday musical created by composer Paul Gordon, Sam Caird, and John Caird (with whom he worked on the original Broadway production of Les Misérables). David was co-producer along with Daryl Roth and Eva Price of the courtroom drama A Time to Kill, based on the novel by John Grisham and adapted for the stage by Rupert Holmes as well as the Broadway production of A Tale of Two Cities by Jill Santoriello.